Nollywood whistle blower, Actor Uche Maduagwu is an individual who has concerned himself with the duty of involving himself in the business of every celebrity. 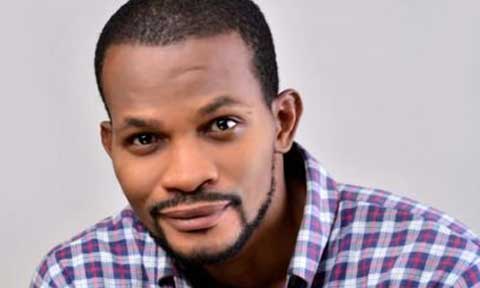 He has taken his social media platform as an avenue of portraying (savior) by poking his nose in every scandal that occurs.Although he claims to be a renowned Nollywood actor, we are yet to find the list of movies he has featured in.Obviously we get his strategy, with social media; it’s easy to get a celebrity status without even been a celebrity in real sense.He was the first to talk about Tonto Dikeh’s marriage breakup, claiming the actress was his close friend and confided in him.When Tonto finally spoke about her marriage crisis, she debunked the tale of being friends with Uche Madu and also disclosed that they have never met before as she never knew any one of such ever existed.While many are of the opinion that he is delusional but we say he is only trying hard to be relevant in the entertainment industry through any means possible.His recent bluff was about the scandal of Daniella Okeke, whom he claims to be his close friend and disclosed to him that she bought the car alleged to have been given to her by Apostle Suleiman, with her life savings.He also went on saying she was in tears while narrating her story and he believes she would never lie to him.In his words: “Shame on all those carrying fake rumors about this priceless jewel, Just got off phone ☎ again with this wonderful and perfect daughter of Zion. It’s all a lie oh, nobody bought this lovely actress any Mercedes-benz 450 GL…🚗. She used all of her life savings to acquire all the automobiles. She is in tears now😭😭 as her name is being dragged in the mud, being accused of what she never did. This woman is my friend and a colleague, and I know she would never hide anything from me.”Now, Daniella Okeke has just proven a liar after she finally breaks silence about her scandal which she claims was for legal reasons.She said: “lies! I have never spoken to anyone on the phone or made any comments on any social media platform. So please stop all this lies and fake stories.”So please can someone explain to me who Uche Maduagwu spoke with on phone?