Manchester United claimed a 3-0 win over Saint-Etienne in the first leg of their Europa League last-32 tie thanks to a first hat-trick for the club from Zlatan Ibrahimovic.

The striker’s deflected free-kick after quarter of an hour and a second-half double were enough to give the home side an important if not wholly convincing victory at Old Trafford.

The match – which saw brothers Paul and Florentin Pogba face one another for the first time competitively – was United’s first of four in only 10 days, but manager Jose Mourinho nonetheless named a strong side in an effort to take control of the tie.

Ibrahimovic duly obliged with the opening goal after 15 minutes – his 21st of the season in all competitions – but Saint-Etienne looked a real threat for much of the first half against a United side that seemed strangely imbalanced and out-of-sorts.

Mourinho responded with a tactical tweak after the break and the home side soon began to assume control of proceedings, although Ibrahimovic saw a second goal disallowed and Anthony Martial missed a good chance of his own to double the lead.

Paul Pogba hit the crossbar before Nolan Roux wasted a glorious opportunity for a vital away goal, but Ibrahimovic added a second from close range before adding a late third from the penalty spot to make certain of the win and give United a strong chance of progressing to the last 16.

United started shakily but a huge slice of luck saw them take the lead.Ibrahimovic’s free-kick from the edge of the area struck the base of the Saint-Etienne wall and trickled beyond the wrong-footed Stephane Ruffier and into the net. 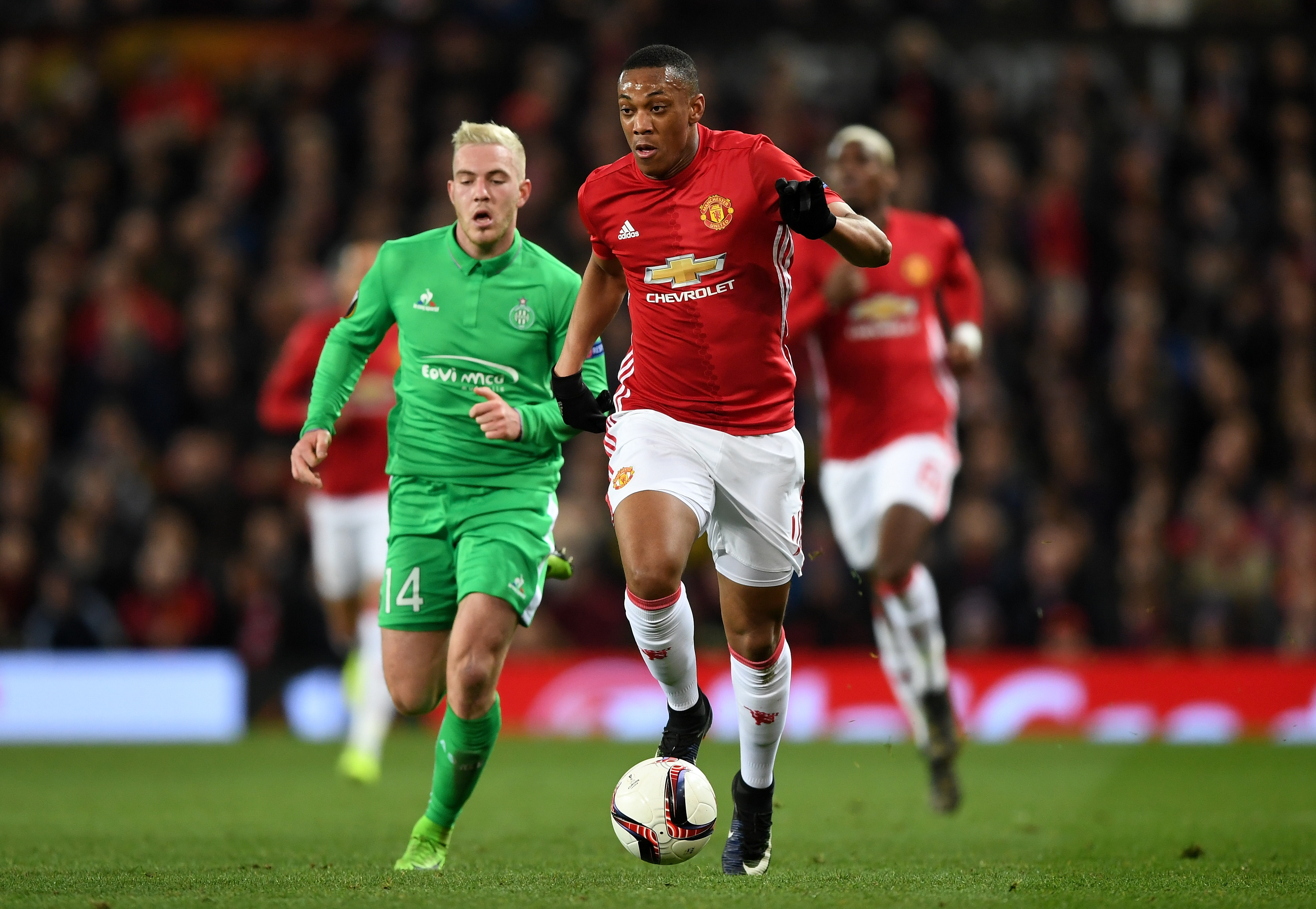 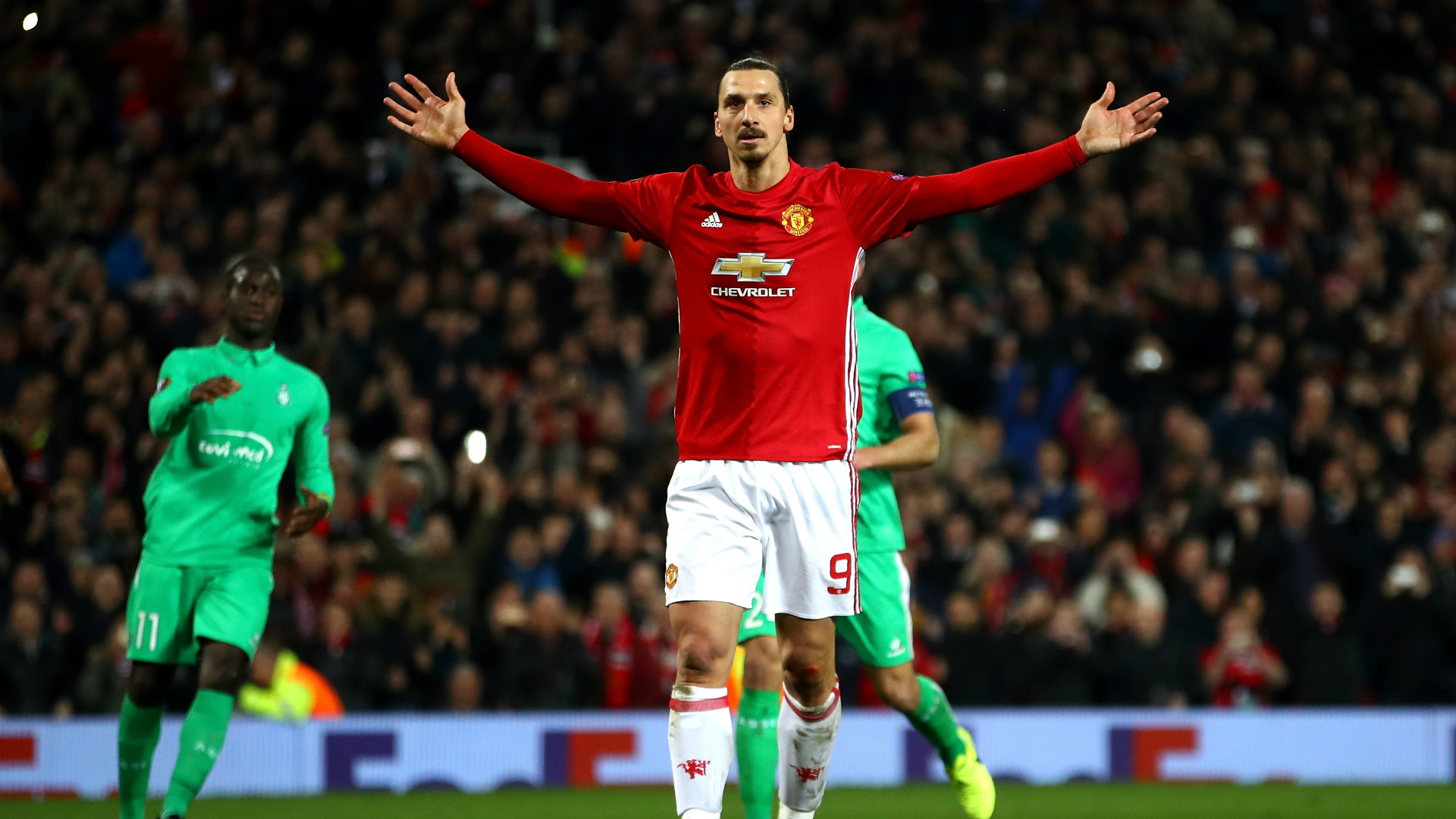 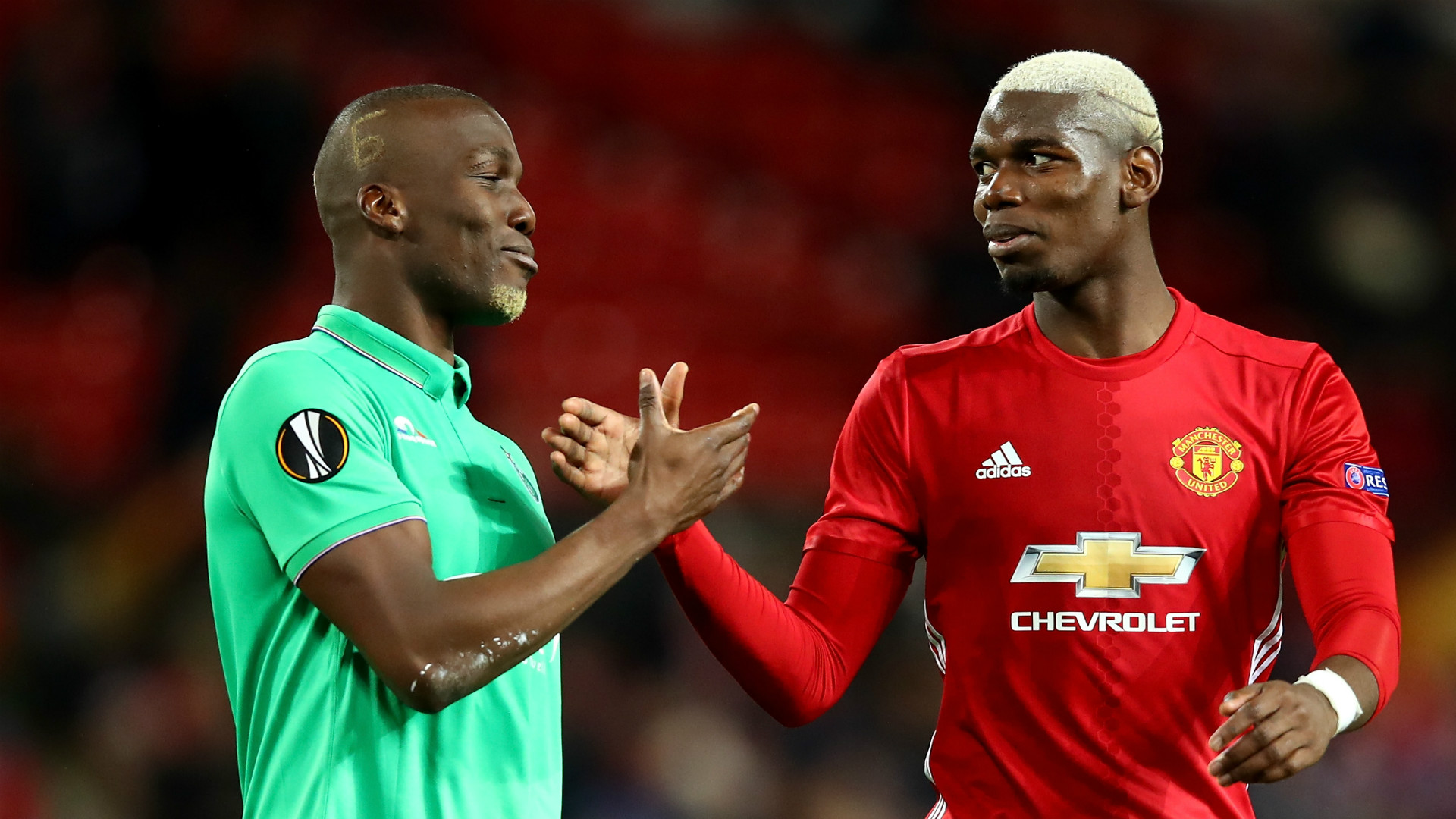 Mata blasted a volley straight at Ruffier as United pushed for a second, and Ibrahimovic contrived to turn a loose ball over the bar from less than six yards out after Martial’s mazy run and shot saw the ball blocked into his path.

The visitors – roared on by their boisterous following – were certainly not daunted by their deficit, though, and Henri Saivet missed the best of a number of half-chances as they began to stroll through United’s midfield to attack the back four almost at will.

Mourinho made a change at the break, bringing on Jesse Lingard for Fellaini as United switched from a 4-3-3 to more of a 4-2-3-1, but the hosts were a little fortunate not to find themselves a man down moments after the restart afterMartial caught Kevin Malcuit with a raised arm.

Ibrahimovic had a header correctly ruled out for offside and Martial saw another strong run and strike blocked by Ruffier, as United began to look a little more settled in their pursuit of a second goal.

Paul Pogba spun superbly before curling a shot narrowly wide, but the France star should have done better when he headed Daley Blind’s fine delivery against the crossbar when unmarked at the far post soon after.

Substitute Roux lifted the ball over Romero and onto the roof of the net when played clean through on the break following Saint-Etienne’s best move of the match, and that miss was punished scarcely two minutes later – much to the relief of the home fans inside Old Trafford.

Marcus Rashford – on for his 50th United appearance – surged into the area from the left and fired the ball across goal, and when Ruffier could only parry it intoIbrahimovic’s path, the Swede duly tapped in from six yards out.

Saint-Etienne’s resistance was dwindling and a clumsy foul from Kevin Theophile-Catherine on Ibrahimovic gave him the chance to complete his first treble for club, and he made no mistake from the spot, sweeping the ball into the bottom-left corner as Ruffier dived the wrong way.